No Act of Kindness Is Wasted - A Final Thought 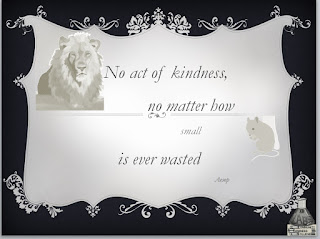 As we ended the week of classes at Community Business College, we had a campus-wide student meeting where we could all just get together, share announcements and reviews of the week’s classwork and end with a “Final Thought For The Week.”
The college’s final thoughts can be profound, humorous, poignant, or, in the best cases, a combination of all three.

This week’s final thought was a simple and straight forward one – “No act of kindness, no matter how small, is ever wasted.”
It comes from an ancient Aesop fable and the moral is a good one – to do kindness whether you are reward or not.

What was particularly interesting about this one was to see how many people were familiar with the tale, but not necessarily familiar with Aesop’s fable itself.

Some have heard the story of the lion and the mouse in the fable, but it has been told and re-told that some remember it differently than others.

Here is one common version of the fable as told through Wikipedia’s Wikicommons: 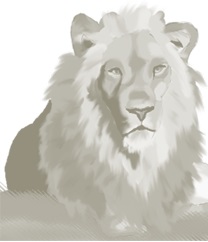 The Lion and the Mouse

Once, a long time ago, a large lion was awakened from sleep by a Mouse running over his face. Rising up angrily with a start, the lion caught the mouse and was about to kill him, when the Mouse piteously entreated, saying: “If you would only spare my life, I would be sure to repay your kindness.” The Lion laughed and let him go.

It happened shortly after this that the Lion was caught by some hunters, who bound him by strong ropes to the ground. The Mouse, recognizing his roar, came to his aid, gnawed the rope with his teeth, and set him free, telling the lion “You laughed at the idea of my ever being able to help you, to repay your favor; but now you know that it is possible for even a Mouse to provide an act of kindness to a Lion.”

The moral of the story is “No act of kindness, no matter how small, is ever wasted.”

Now, some have heard that it was thorn in the lion’s foot, possibly mixing the classic tale of Androcoles and the Lion. Others have heard that the mouse did the favor first, with the lion then providing help to the mouse after.

However they initially heard it, the interesting thing about it all is almost all were familiar with the tale about the mouse and the lion in general.

Now, after we told the tale at the student meeting, one student laughed and said he thought there was going to be a cynical punch line to follow. Something like “no act of kindness ever goes unpunished.”

Or maybe something from a Banksy graffiti artwork. Maybe it demonstrates the snarky world we live in - it’s hard for people to express genuine positive attitudes without being sniffed at.

But the purpose of our final thought at the end of each week is to leave all of our students with something positive and uplifting. It’s a good way to wrap a good week of hard work and study and to kick off the weekend. The final thoughts have become so popular that one of the Community Business College instructors compiled them into a booklet called “Frana’s Collected Sayings” and hands them out at our graduation ceremonies.

That, in itself, is an act of kindness – spread good thoughts and hope they catch on like the next pop culture meme.

If you want to practice an act of kindness, you can contribute to the Community Business College crowdfunding project. More details can be found at: https://www.indiegogo.com/projects/help-adults-finally-get-their-high-school-diplomasA good point to remember - No act of kindness, no matter how small, is ever wasted.

Today, Community Business College had a record-setting day. One person was able to complete her Microsoft Office Masters certification by completing all four required tests in three days.

Test Strategy
Here’s what she did to strategize:
First pick the Microsoft Master certification you want.  Recently, Microsoft changed the system to include two different tracks that include two expert exams for Microsoft Word and Microsoft Excel.

In her case, she wanted the Microsoft Word 2013 Track because she uses Microsoft Word heavily at her work site. So that’s the one she picked.
The next strategy is to figure out where you strengths are. When taking the Microsoft Office exams, it helps to start off with a program you are very familiar with. That way you get quick passing grade and build momentum.

PowerPoint can be a difficult test because a lot of people take it for granted. If you use a lot of its features though, or study up on the ones you’re not that familiar, it’s not too hard.
The recent change in the Microsoft Expert certification means that the Microsoft Word Expert exam is now split up into two 50-minute exams. It means you have to be familiar with a wider range of Microsoft Word functions in order to pass it. 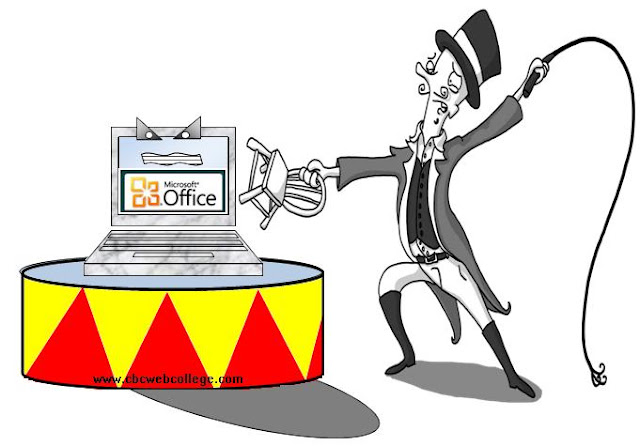 Why Go To All That Trouble?
The Microsoft Office Master Certification demonstrates the highest level of proficiently when using Office programs. Many employers will use it as continuing education units or to meet certain job requirements. It certainly helps when you’re going in for an annual employee evaluation meeting.

Certification is Important
The need for Microsoft Office skills is increasing dramatically as more and more businesses are embracing newer technologies. Microsoft Office Specialist certification enables Office users to demonstrate their abilities to complete tasks and projects with greater ease and efficiency with proven Office skills. Based on globally recognized standards, MOS certification validates your skills, builds self-confidence and enhances professional standing among peers and managers.

Bottom line – you get out of Microsoft Office only what you put into it. The more you know, the more you can do.

As you study and prepare for the Microsoft Office Master certification, you’ll find you learn a lot more about these programs than you’ve been using. Hopefully, you’ll be able to put what you’ve learned to good use in more efficient and time-saving work.

One of the nifty changes the testing system has made is they now offer certification verification. It’s sure easy for unscrupulous people who want to forge their own certifications to run off their own on a good color printer.  Microsoft Office certifications now offers this website : www.verifycertiport.com  where anyone can enter a code that appears on all official certifications

Need to brush up on your Microsoft Office classes before you look at the exams? Join us at the Community Business College campus in Modesto, California or use distance learning to take an online class. More information can be found at this catalog of Microsoft classes: https://cbc.ed4online.com/search?search_api_views_fulltext=microsoft+office+certification

Need Your Driving Records For A Job? Here’s How To Do It.

A Community Business College graduate from 5 years ago came into the school yesterday and wanted to apply for a job that requires a clean DMV report. He needed to find out if he needed the official transcript or if he could use the one now available off the DMV’s website. He went back to the human resources department to ask.

“Do I need an official transcript,” he asked, “or can I use the online printout?”

“The online printout will be fine,” was the reply.

And so began his quest to quickly get his driving record from the DMV before his interview the next day.
He came back here to his alma mater for help and the staff here at Community Business College walked him through it. 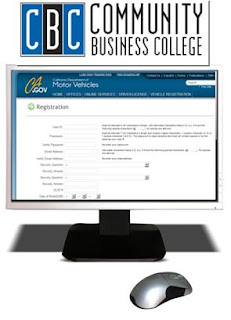 How do you do it?

First you need to set up a free DMV user account which can be done at this link:
https://www.dmv.ca.gov/SelfHelp/Registration

They’ll ask for your driver’s license information, current address, e-mail address, a new password for this account, and other pertinent information. It’s pretty standard stuff and, if you want to avoid the hassle of dealing with the DMV when it comes time to renew your driver’s license, you’ll be able to use this same account for that, too. So don’t lose the password.

Once you’ve got that done, just hop on over to the report request page. Here’s the link: http://www.dmv.ca.gov/portal/dmv/detail/online/dr
You’ll log in with the username and password. Then click the “Start” button to actually make the request.

The California DMV charges a $2 fee which can be paid with a credit card.

Enter your credit card information (after always double-checking to see that there connection is secure) and the system will generate a report for you and open it in a new window.

And that’s all there is to it.
Click the print button and get through the magic of modern printers, it will appear on a piece of paper, ready to turn in to a happy employer. If you’ve been through the Community Business College Office Specialist program, you’ll also know how to print it to pdf format. That way you can save it and send the document electronically.

The DMV report is a handy tool for jobs that require it.


What else do you need to get a job and build it into a career? Check out the college’s  Profressional and Career Development course. This distance education program includes an online mentor that helps you through the different sections of the program.
at July 02, 2015 No comments:

Community Business College has been informed today by the California Bureau of Real Estate of a change in license application procedures:

All individuals who submit an application for a real estate license received on or after January 1, 2016 will no longer need to submit proof of legal presence in the United States.

Up until SB1159, the law required an individual to provide proof of legal presence in the United States (either via proof of U.S. citizenship or legal alien status), in order to obtain a real estate license. The new law which becomes effective on January 1, 2016, will remove the legal presence requirement from the entire application process.

This notification is the California Bureau of Real Estate’s implementation of the new laws’ requirements.

The law change follows an earlier state Supreme Court case in which justices ruled that lawyer Sergio Garcia should be admitted to the California bar despite lacking legal status.

Since California Real Estate activity is regulated under the Business & Professions Code, the change affects all applications that are submitted after January 1, 2016.

An important note:  California Real Estate applicants will still be required to provide a social security number or an individual taxpayer identification number for licensure.

Our students are the best! Thanks for the chocolates and thanks for sharing with the class! We really do have the Best Teachers Ever! ... 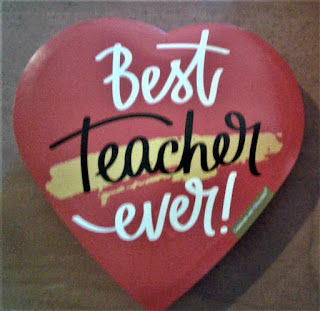